Making a Man: Lessons Learned from My Single Mother

This past year has been full of highs and lows. My kids are doing amazing at school and are active in music, theater, academic clubs, and cheer. I’m super fulfilled at work and am genuinely excited about the projects we’re working on.

But in July, my mother passed away, two months after her cancer diagnosis. It was so fast that she never got a chance to fight; no chemotherapy, radiation, etc. I try to see that as a blessing. She didn’t have to struggle.

A Year of Firsts

As Mother’s Day has approached (another first,) I’ve been reflecting on her life. I feel very fortunate to be her son. She spent my whole life instilling wisdom, giving guidance, and providing support to many, but especially me.

Skip to Hello World below.

My mom had a very religious upbringing. The church she belonged to was very legalistic. A “no makeup” and “no jewelry” type of place. But those things didn’t bother her. She loved it and even thrived. She loved people and serving them. She met my father in church. His grandfather was the pastor. He was determined to be a minister and she loved the idea of being a minister’s wife. 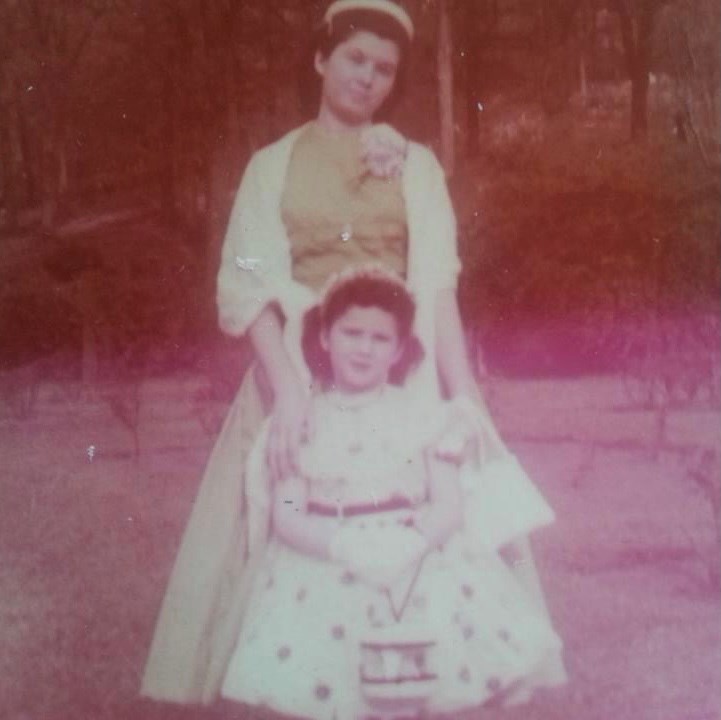 Though she had reservations about his character, they married soon after high school. Then it was off to the ministry. Pastoring in various states, traveling as evangelists, and overseeing state youth ministries. From the outside, things looked great. He was a great preacher and she was an amazing ministry partner. But she was spending her nights crying herself to sleep.

What people didn’t see was the emotional and physical abuse she was enduring. It’s that same old story. He would abuse her and then apologize profusely. “That will never happen again.” But it always did.

During one period, they had a small dog. My dad would yell and the dog would cower in fear. One night in a fit of rage, he picked up the dog and threw it against the wall. The dog died.

That’s a red flag right!? But her upbringing taught her that divorce was the worst. In fact, you’d be kicked out of their denomination for it. So even after years of abuse, and even a separation, she would reconcile and “try to make it work.”

When I came along, my parents had settled back in their hometown. Dad was selling insurance and mom was a nurse. The physical abuse had stopped, but the emotional abuse was continuing.

One night, when I was three years old, I had done something to aggravate my dad. (I know. It’s hard to imagine that I could ever get on someone’s nerves. 😁) He was yelling at me and she saw me cower on the couch. It immediately reminded her of the small dog they had years earlier. 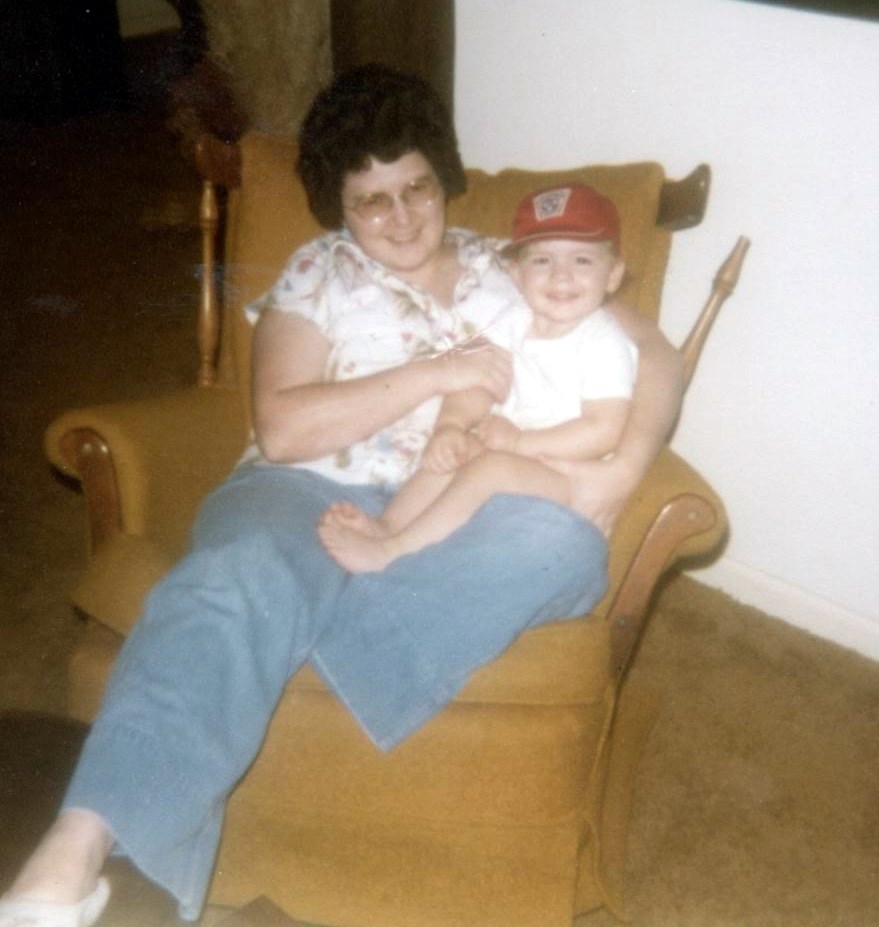 That was the straw that broke the camel’s back. She immediately told him to leave and filed for divorce. Surprisingly, my dad made the divorce process very easy. He agreed that she could have everything except for a few pieces of furniture and his clothes; the house, the car, all of it. This should have been another red flag. 🚩

The week after the divorce was signed, the car was repossessed. The mortgage company called to start foreclosure because the mortgage was three months behind. People started showing up at the door requesting payment for work on the house that had never been paid.

You’re Only Responsible for You 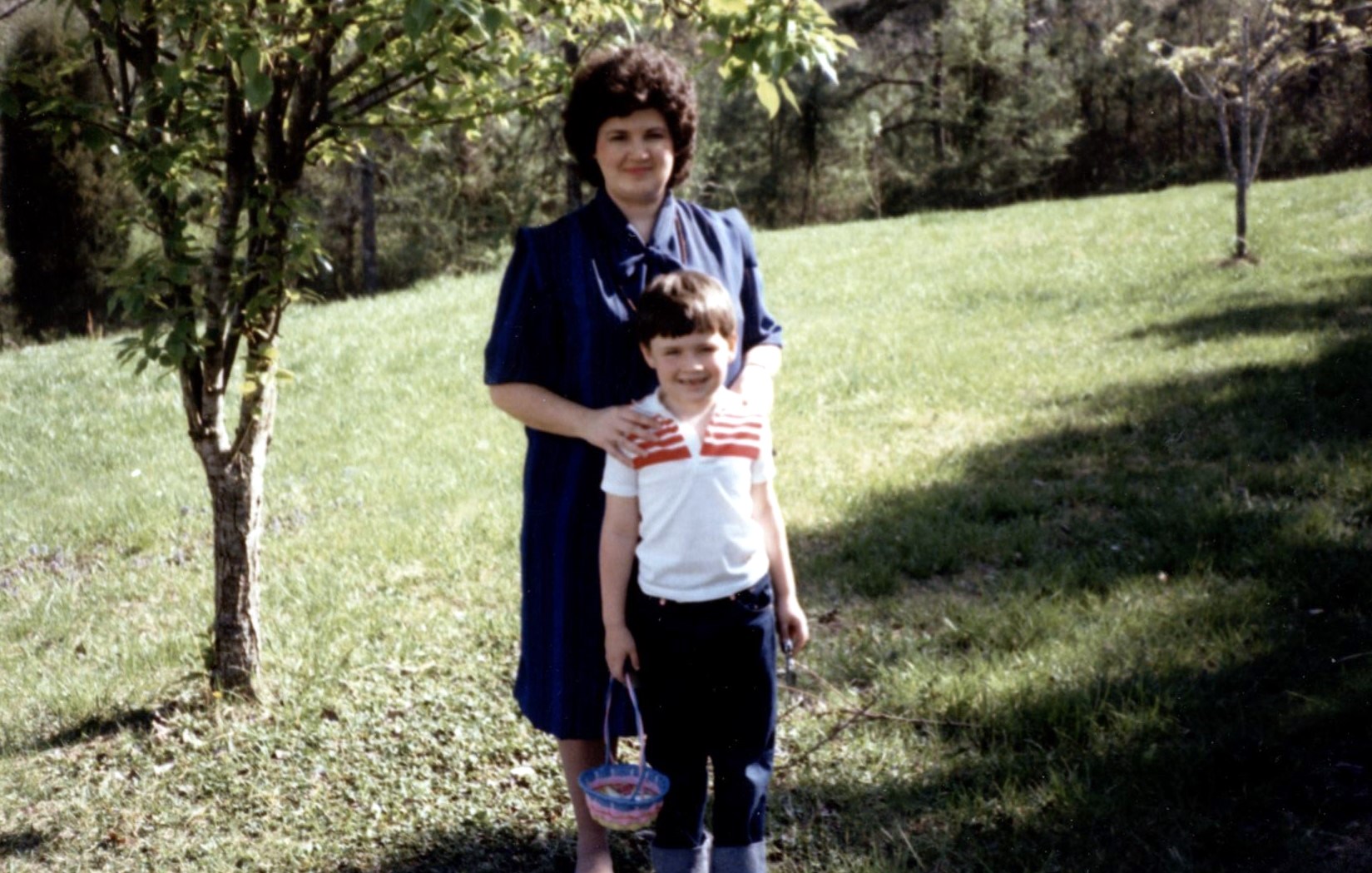 When everything seemed to be collapsing in on her, rather than admit defeat, she buckled down and got a second job. She was working 4 ten-hour shifts at a hospital Monday through Thursday, then would work 3 twelve-hour shifts Friday through Sunday at a different hospital. She was working two full-time jobs. One as a cardiac ICU nurse.

I’m proud to say that she lived in that same house until 10 years ago when she sold it. She paid back every single creditor. Once everyone had been paid, she left the weekend job. But she didn’t stop there.

She started taking night classes at college and, for a few years, I only saw her on weekends and any weeknights she didn’t have class. All until she graduated with a bachelors degree in health administration. For me, they were hard years, but looking back, her determination to succeed and provide for the both of us are all I remember.

When I was younger, I was a part of a Scouts-like organization. I loved it and became a leader early on. I remember one of the first camp-outs where I was responsible for a “patrol” of 5 boys. One part of my responsibilities was assigning jobs around the campsite to each of my patrol members. Certain jobs were “cool,” like fire duty. Others were the worst, like “dishwashing.” Each person’s job would change daily so everyone got to do it all.

I remember being proud as I showed her my assignments before we left. I had ranked all jobs from worst to best and scheduled myself for the jobs in that order. So Day 1, I was washing dishes and by the last day, I was taking care of the fire. She was proud that I had taken to heart her words to “never ask someone to do a job you aren’t willing to do yourself. Lead by example.” 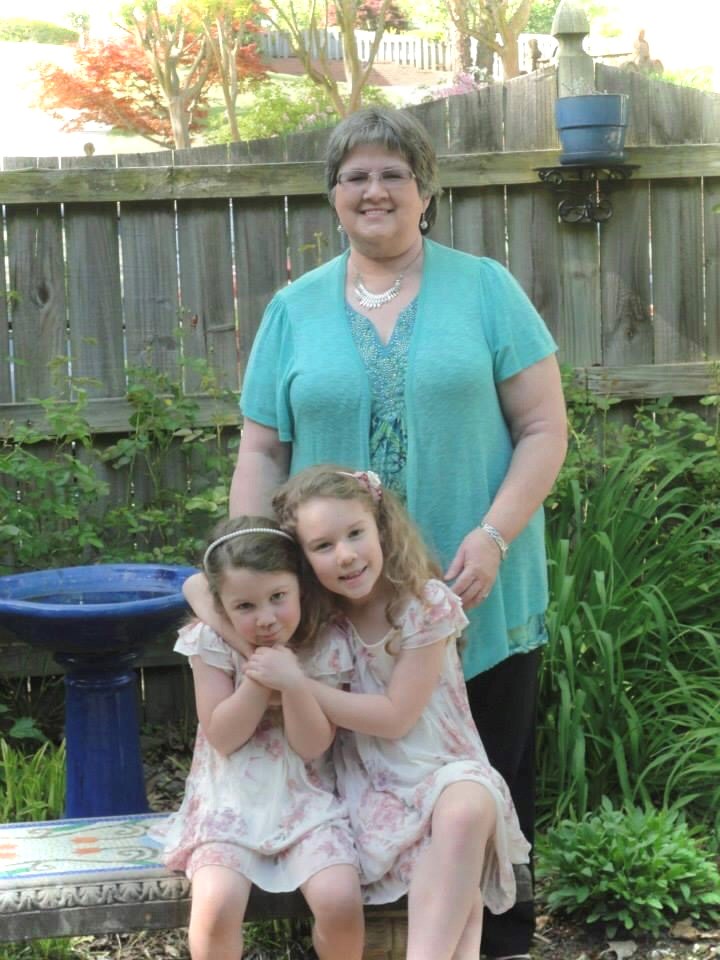 Until my late teenage years, she was the Director of Nursing at various nursing homes, managing hundreds of nurses. Here in Birmingham, even the hint of snow sends people into a frenzy. Roads are closed with the slightest freeze. So whenever the roads were likely to close, she would load us up and drive to the nursing home. I’d spend my “snow days” on a nursing home unit filled with people fighting dementia and Alzheimer’s.

Never ask someone to do a job you aren’t willing to do yourself. Lead by example.

She didn’t necessarily have to be there, but she wanted to set an example. If the snow was bad and people were stuck at work, they would need to continue doing their job (possibly 24/7) to take care of the patients. She wasn’t about to ask anyone to do that without them seeing her at their side doing it as well.

Be a Man of Your Word

Unlike my mom, my dad wasn’t very reliable. I remember many times when I would fall asleep hanging over the back of our couch, looking down the street through the blinds, waiting for him to pick me up for the weekend. He never came. I could never depend on anything he told me.

Over the years, there were many times when I would be furious at him, but she never allowed me to be disrespectful. In fact, while I was growing up, and despite his verbal abuse of each of us, she never said an ill word about him. 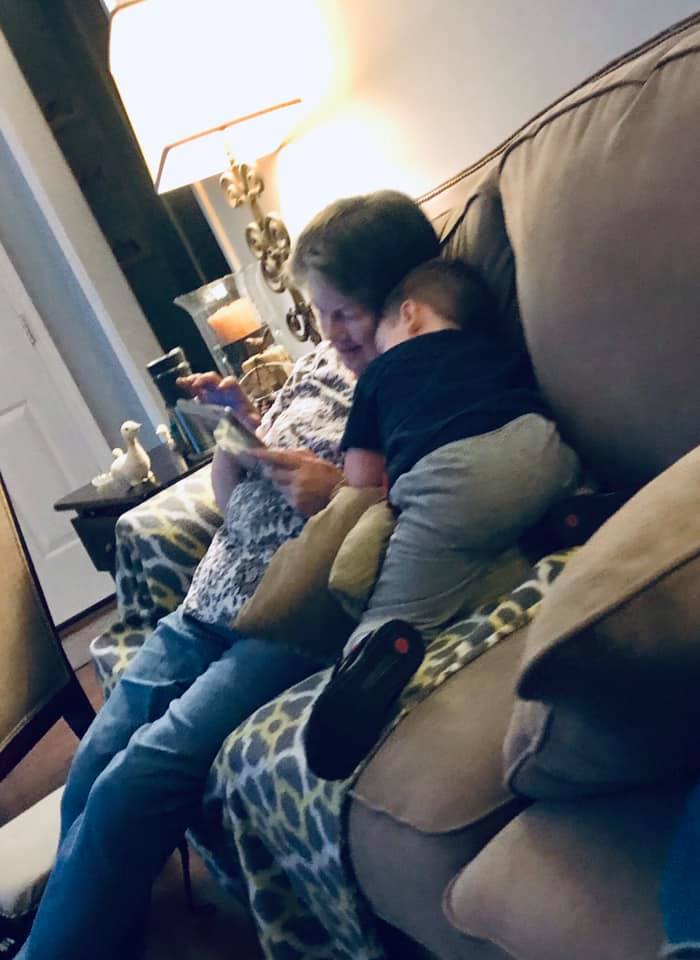 I’m sure it broke her heart to watch me be continually disappointed. But she would simply stress the importance of keeping your word. Never at the moment, but later, in a different context, she would say “people with good intentions give their word, but people with good character keep it.”

Like the other lessons, it wasn’t just something she said. It was something she lived. She made sure that I could always depend on her word. If she said she’d do something or be somewhere, I could count on it. If she threatened punishment for an action, she always followed through.

In all my years of baseball, band, award ceremonies, school trips, graduations, my wedding, our kids’ births, etc., my dad attended one football game. My mom was there for all of it.

Show Love and Give Hope

In my pre-teen and early teenage years, I was super active in our local church. I worked in the children’s department each Sunday and naturally the kids there would look up to me and the other workers. Every once in a while, one of the kids would come up to me to chat and I’d often blow them off. I was very insecure and worried I’d seem less “cool” by chatting it up with them.

Mom would always correct me later. “You may be the only light someone sees today. Show them love and give them hope.” She would always remind me that we never know what is going on behind the scenes in people’s lives.

You may be the only light someone sees today. Show them love and give them hope.

People who saw us likely never knew there were times when there was little more than cereal to eat at home. They’d never know that I was afraid to answer the phone out of fear it might be my dad.

If I’m completely honest with myself, this has been the hardest lesson to master. Whether I’m feeling insecure or aggravated, I don’t always show that grace and kindness to everyone. But it’s a goal I’m constantly striving toward because of the example my mother set.

In her final weeks, we brought her home under hospice care. She was relatively alert, though, as time progressed, she couldn’t communicate as well as she’d like. In those weeks, she had what I call “her farewell tour.” The house stayed full of friends, family, and old co-workers who came to see her and tell her how much she meant to them.

She enjoyed each and every visit and was always so happy when someone new walked into her room. I’m happy she had that time, but I’m happier that I was there. Most of the stories I had never heard. Many of the people I had never met. There were life-long friends. There were single moms who she had mentored or counseled over the years. So many more people were affected by her life than I could have imagined.

Who was Elaine Jolley? 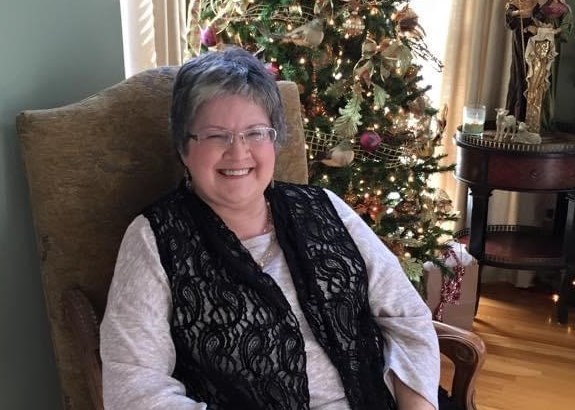 I’ve tried to encapsulate what my mom was like several times, but the best description of Elaine Jolley is found in the Bible. Galatians 5:22-23 describes what the world should see in people who are Christ-followers.

“But the fruit of the Spirit is love, joy, peace, forbearance, kindness, goodness, faithfulness, gentleness, and self-control.”

There is nothing I could write or say to describe her better than those verses. Everyone was better for knowing her. The world was better with her in it. On my first Mother’s Day without her, I love you mom.